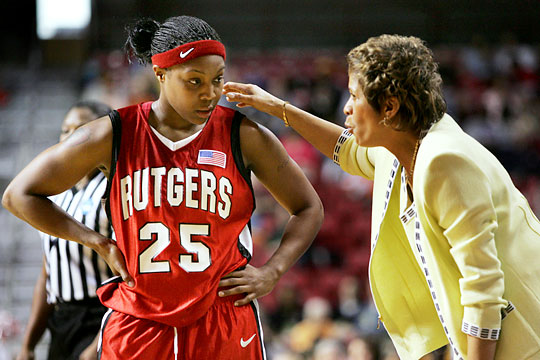 Pondexter attended college at Rutgers University. She led the Scarlet Knights to a 97–22 record and back-to-back Big East Championships in 2005 and 2006. She competed in four NCAA Tournaments, including an Elite Eight appearance in 2005. During the 2005–2006 season, Rutgers compiled a 27–5 record, including a 16–0 record in Big East Conference play. Pondexter took home several awards, including the 2006 Women’s Basketball News Service National Player of the year. In her career, the guard scored over 2,000 points.