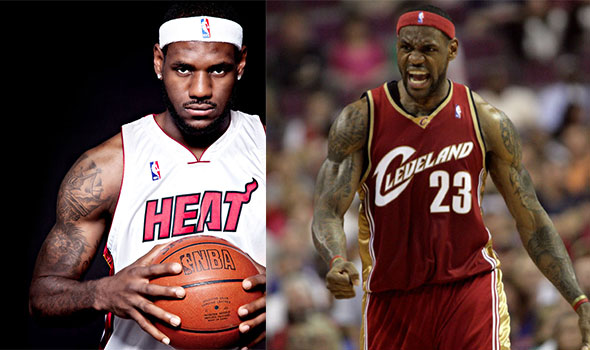 2014 - LeBron Heads Back to Cleveland

On July 11, 2014 LeBron James announced he had decided to return to Cleveland leaving Wade and Bosh to continue on without him.

Much like the Cleveland Cavaliers during the 2010 off-season, the Heat focused on how it would maintain and remain a top contender without LeBron James. However, rather than firing key members and rebuilding, the Heat kept much of its roster together and re-tooled. Despite the departure of James, the off-season for the Heat marked the return of many key veterans and the arrival of new stars embarking on a hopeful note for the Heat. Chris Bosh signed to a hefty $115,000,000 contract for eight years. Dwyane Wade also re-signed for a two-year contract.