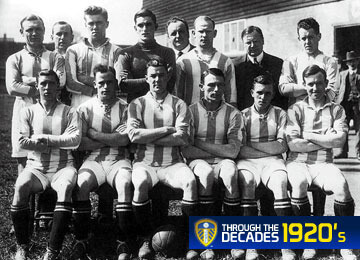 On 31 May 1920, Leeds United were elected to the Football League. Over the following years, they consolidated their position in the Second Division and in 1924 won the title and with it promotion to the First Division. They failed to establish themselves and were relegated in 1926–27. After their relegation, Fairclough resigned, which paved the way for Ray to return as manager. In the years up until the start of World War II, Leeds was twice relegated; on both occasions, they were re-promoted the following season.