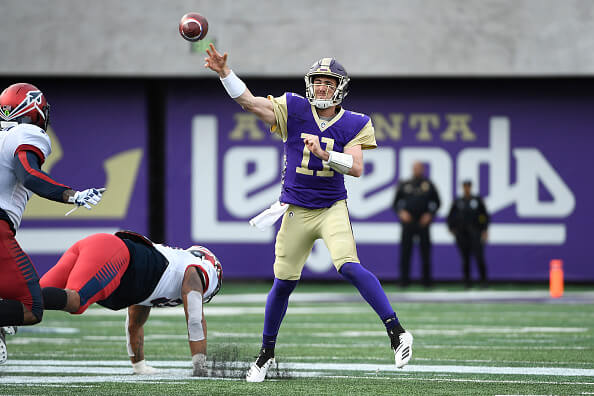 The Atlanta Legends were a professional American football franchise based in Atlanta, Georgia, and one of the eight members of the Alliance of American Football (AAF), which played one season from February 2019 to April 2019. They played their home games at Georgia State Stadium on the campus of Georgia State University. The Legends were one of two AAF teams based in a city that already had an NFL team (the Atlanta Falcons; the other team was the Arizona Hotshots, where the NFL’s Cardinals were based). The Legends were coached by Kevin Coyle, one of two AAF coaches without prior head coaching experience after the position became available when Brad Childress resigned a month before the season began. Billy Devaney was the general manager.