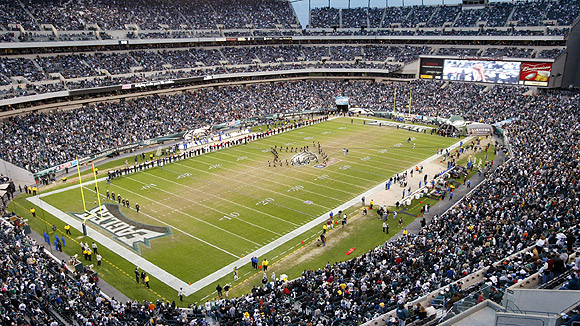 Lincoln Financial Field is the home stadium of the National Football League’s Philadelphia Eagles and the Temple Owls football team of Temple University. It has a seating capacity of 69,176. It is located in South Philadelphia on Pattison Avenue between 11th and South Darien streets, also alongside I-95 as part of the South Philadelphia Sports Complex. Many locals refer to the stadium simply as “The Linc”.

The stadium opened on August 3, 2003, after two years of construction that began on May 7, 2001, and replaced Veterans Stadium as the Eagles’ home stadium. While its total capacity barely changed, the new stadium contains double the number of luxury and wheelchair-accessible seats, along with more modern services.