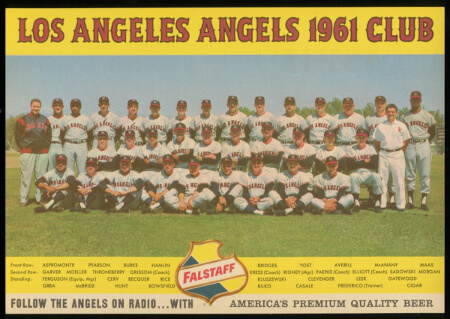 The Angels and their fellow expansionists, the new Washington Senators now the Texas Rangers chose players from other American League teams in an expansion draft. In 1961, the first year of the team’s existence, the Angels finished 70–91 for a .435 winning percentage, still the highest winning percentage ever for a first-year major league expansion team.