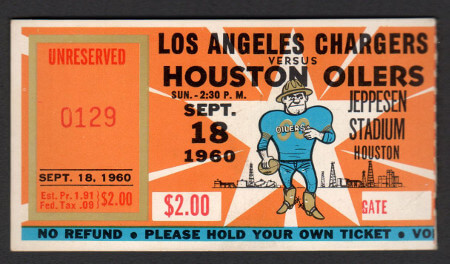 According to the official site of the Pro Football Hall of Fame, Barron Hilton agreed after his general manager, Frank Leahy, picked the Chargers name when he purchased an AFL franchise for Los Angeles: “I liked it because they were yelling ‘charge’ and sounding the bugle at Dodgers Stadium and at USC games.”