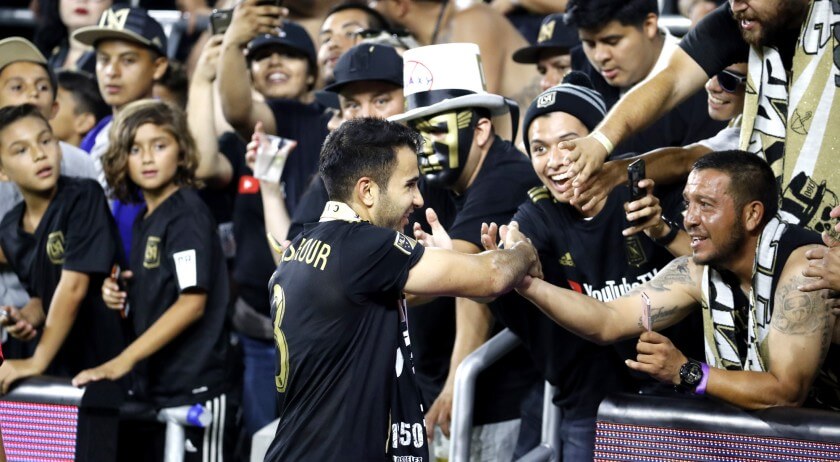 On March 31, 2018, LAFC suffered its first MLS loss, giving up a 3–0 lead to lose 4–3 to LA Galaxy in the MLS debut of Zlatan Ibrahimović. LAFC was the second team ever to lose an MLS game after leading 3–0 during the match. Despite the loss, LAFC won 4 of the 6 games on their road trip to start the season, becoming the first team to earn 12 points from a season-opening road trip of 6 games or more. They finished the season with 7 road wins which are the most for an expansion team in the post-shootout era.

LAFC accomplished the best regular season for an MLS expansion team, earning 57 points. The total surpassed the 56 picked up the 1998 Chicago Fire, also coached by Bob Bradley, as well as the post-shootout era record of 55 set in 2017 by Atlanta United. LAFC’s seven road wins also tied for the most ever by an expansion team in the pre or post-shootout-era with the ’98 Fire who had two road wins come via the shootout. They finished second all-time in goals scored by an expansion team in a season, with 68, just behind Atlanta’s 70.