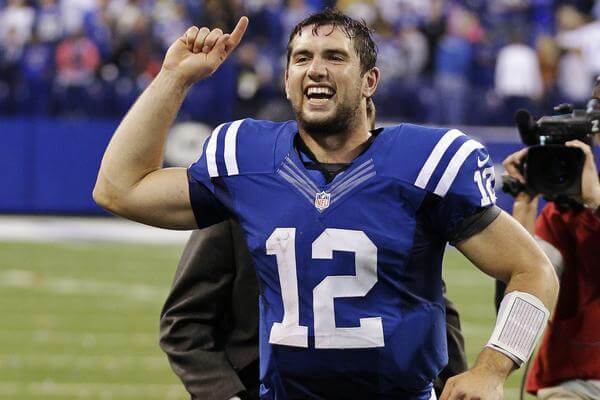 The Peyton Manning era came to an end on March 8, 2012 when Jim Irsay announced that Manning was being released from the roster after thirteen seasons. Owner Jim Irsay started to again rebuild the Colts during the 2012 offseason, hiring a new general manager in Ryan Grigson and a new head coach in Chuck Pagano. The Colts also began to release their veteran players from the Manning era, including Joseph Addai, Dallas Clark, and Gary Brackett. The Colts used their number one overall draft pick in 2012 to draft Stanford Cardinal quarterback Andrew Luck and also drafted his teammate Coby Fleener in the second round. The team also switched to a 3–4 defensive scheme. On September 9, 2012 the Colts kicked off the Andrew Luck Era with a 41–21 loss to the Chicago Bears in which Luck completed 23 of his 45 passes. He threw for one touchdown and three interceptions, and also fumbled, finishing with a 52.9 passer rating.