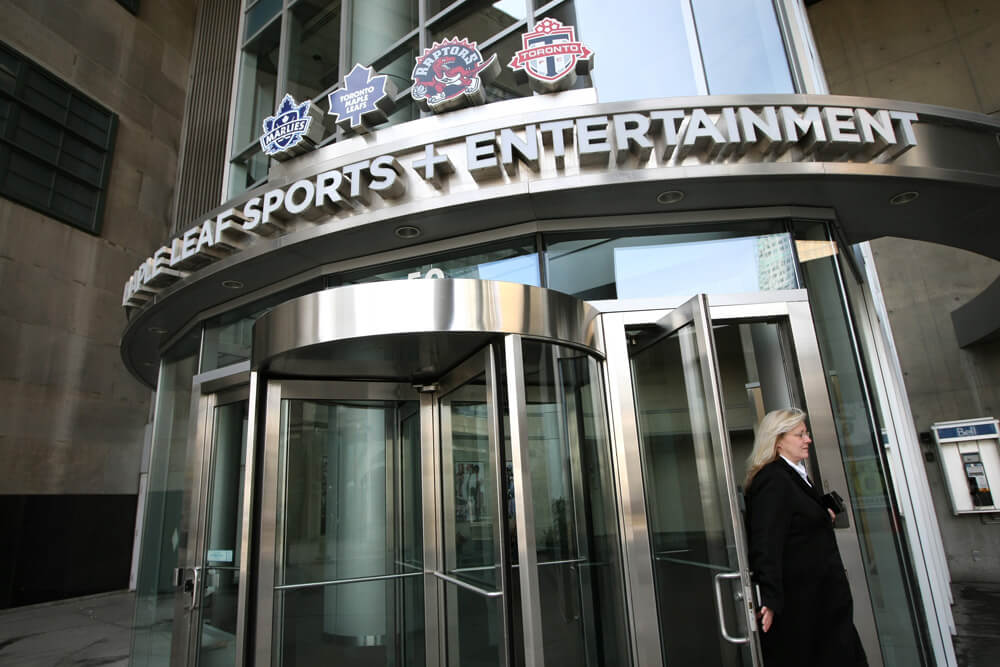 With Maple Leaf Sports & Entertainment (MLG) aging, MLGL began planning for a new home for the Maple Leafs in the 1990s. Following years of acrimonious negotiations with the Toronto Raptors on a shared new arena, MLGL purchased 100% of the basketball club and the arena they had begun constructing, the Air Canada Centre (ACC), from Allan Slaight and the Bank of Nova Scotia on 12 February 1998. MLGL paid a reported $467 million, made up of $179 million for the team and $288 million for the arena. Richard Peddie, who had been President of the Toronto Raptors, was retained in the merger and became MLSE’s President and CEO. That July the company adopted a new name, Maple Leaf Sports & Entertainment (MLSE), to reflect its broader holdings. MLSE subsequently ordered major modifications to the original design of the ACC, which was basketball-specific, to make it more suitable for hockey.