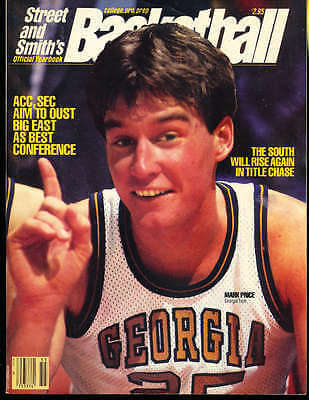 Standing at 6 feet (183 cm) tall, Price played college basketball at Georgia Tech. During his time playing on the Georgia Tech Yellow Jackets men’s basketball team, he was a two-time All American and four-time All ACC basketball player who helped lead the Yellow Jackets to an ACC Championship his junior year by defeating North Carolina in the ACC Tournament championship game. He was named the ACC Player of the Year for the 1984–85 season and his jersey was retired. He was inducted into the school’s Hall of Fame in 1991 and into the Georgia Sports Hall of Fame in 2005. Price graduated in four years with a degree in Industrial Management.