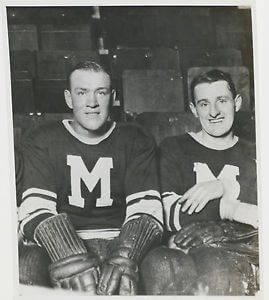 The league allowed the Maroons to suspend operations for the 1938 – 1939 season. The Maroons’ owners tried to sell to interests in St. Louis, Missouri. Earlier in the decade, St. Louis proved that it could support NHL hockey when the Ottawa Senators moved there to become the Eagles. However, while the Eagles had drawn very well, they survived only one season, due to the high costs of traveling to Boston, Montreal, and Toronto (the Eagles had assumed the Senators’ place in the Canadian Division in defiance of geographic reality). The league was not about to give St. Louis another chance, given the economic situation of the time.

At the 1945 annual league meeting, held on September 7, it was noted that the backers of the Maroons franchise were in discussion to sell to a group from Philadelphia fronted by Canadiens board member Len Peto. The league governors were prepared to approve the transfer, provided the Philadelphia group could prove they had the necessary funds for a hockey team. They also made sure to clarify that the Maroons franchise rights would expire in April 1947 unless something was done with them.