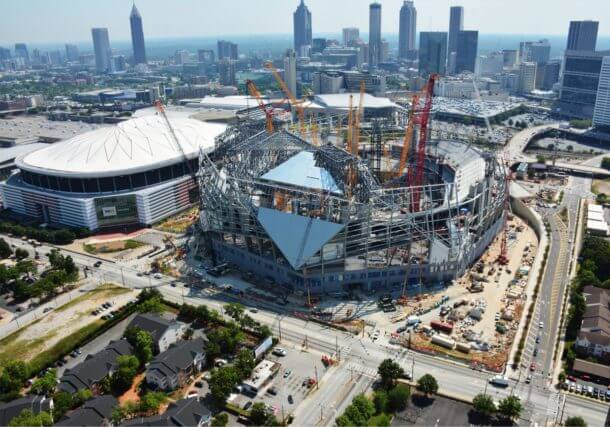 Mercedes-Benz Stadium is an under-construction retractable-roof, multi-purpose stadium in Atlanta, Georgia, that will serve as the home of the Atlanta Falcons of the National Football League (NFL) and Atlanta United FC of Major League Soccer (MLS). It is intended to replace the Georgia Dome, which has been the Falcons’ home stadium since 1992. The total cost is estimated at $1.5 billion. Mercedes-Benz Stadium is scheduled to host Super Bowl LIII in 2019.