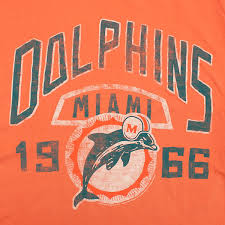 After a lengthy absence, professional football returned to Miami after the American Football League awarded an expansion team franchise to lawyer Joseph Robbie and actor Danny Thomas for $7.5 million. Robbie had originally wanted to establish the franchise in Philadelphia, but AFL commissioner Joe Foss suggested courting Miami due to its warm climate, growing population, and lack of a football team. Thomas would eventually sell his stake in the team to Robbie. A contest was held in 1965 to choose the name of the team, which elicited 19,843 entries and over a thousand different names. The winning name, “Dolphins,” was submitted by 622 entrants.