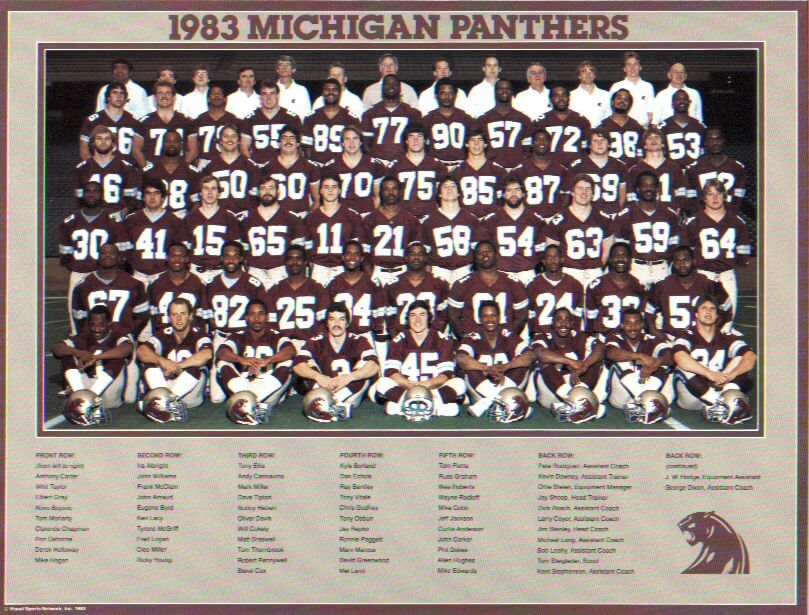 The Michigan Panthers were named as a charter member of the United States Football League (USFL) on May 11, 1982.

A. Alfred Taubman, one of the nation’s leading real estate developers, headed the ownership group that included Judge Peter B. Spivak and Max M. Fisher.

The Panthers named former CFL executive, Jim Spavital as their General Manager on August 26, 1982. Michigan then hired Jim Stanley as their Head Coach on November 18, 1982 after George Perles decided to coach at Michigan State.