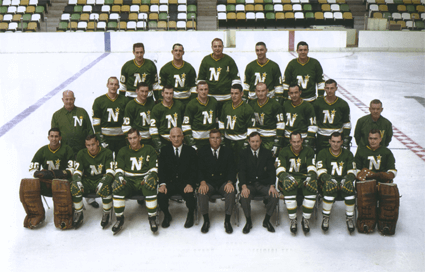 On March 11, 1965, NHL President Clarence Campbell announced that the league would expand to twelve teams from six through the creation of a new six-team division for the 1967 – 1968 season. In response to Campbell’s announcement, a partnership of nine men, led by Walter Bush, Jr. and John Driscoll, was formed to seek a franchise for the Twin Cities area of Minnesota.