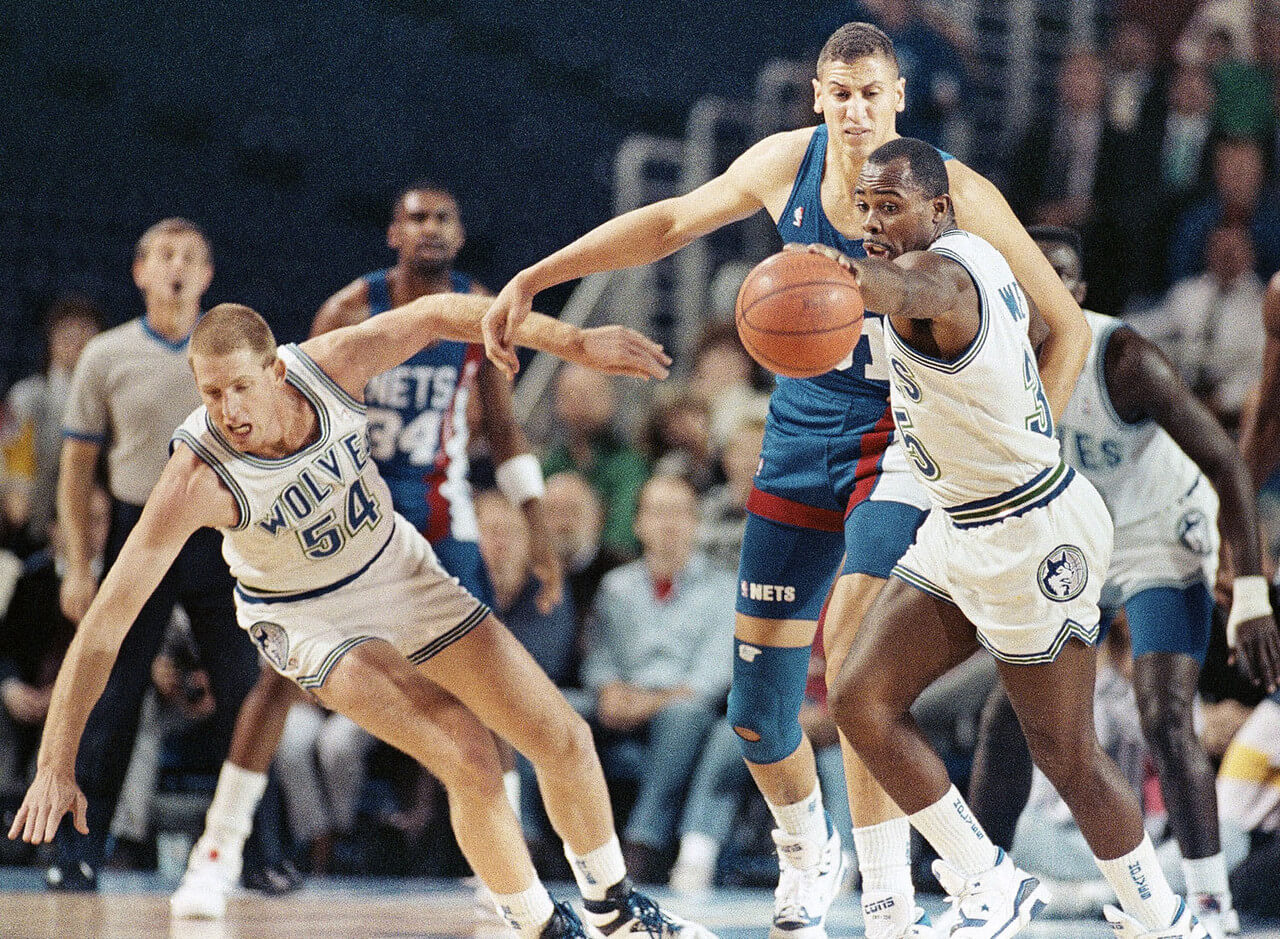 NBA basketball returned to the Twin Cities in 1989 for the first time since the Minneapolis Lakers departed for Los Angeles in 1960. The NBA had granted one of its four new expansion teams on April 22, 1987 (the others being the Orlando Magic, Charlotte Hornets, and the Miami Heat) to original owners Marv Wolfenson and Harvey Ratner to begin play for the 1989 – 1990 season. There were two American Basketball Association franchises, the Minnesota Muskies, in 1967–68, and the Minnesota Pipers, in 1968–69. The franchise conducted a “name the team” contest and eventually selected two finalists, “Timberwolves” and “Polars”, in December 1986. The team then asked the 842 city councils in Minnesota to select the winner and “Timberwolves” prevailed by nearly 2 to 1. The team was officially named the “Minnesota Timberwolves” on January 23, 1987. Minnesota is home to the largest population of timberwolves in the lower 48 states.