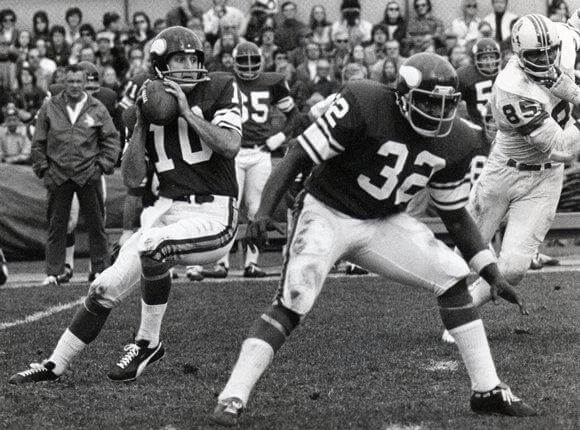 The team was officially named the Minnesota Vikings on September 27, 1960; the name is partly meant to reflect Minnesota’s place as a center of Scandinavian American culture. From the start, the Vikings embraced an energetic marketing program that produced first-year season ticket sales of nearly 26,000 and an average home attendance of 34,586, about 85 percent of Metropolitan Stadium’s capacity of 40,800. Eventually, the capacity of Met Stadium was increased to 47,900.