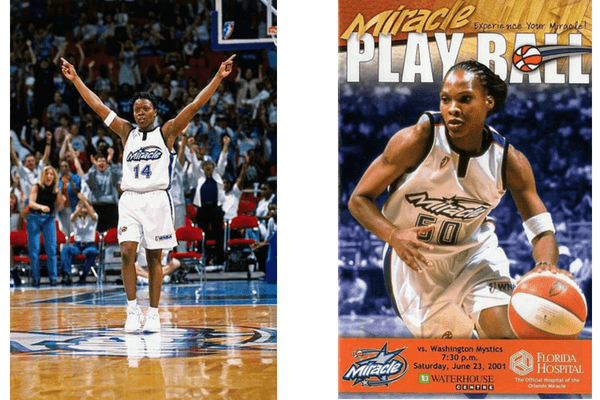 The Orlando Miracle joined the Women’s National Basketball Association as an expansion franchise for the league’s third season in the summer of 1999. At the time, all WNBA clubs were located in NBA markets and operated by NBA ownership groups. The DeVos family, owners of the NBA Orlando Magic, managed the Miracle, which shared similar colors, logos and mystical name with the men’s team.