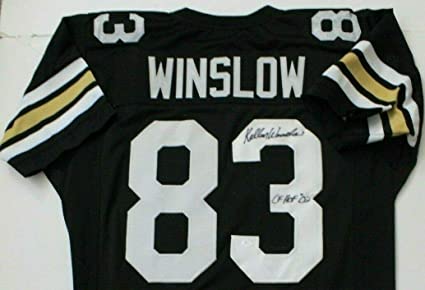 A native of East St. Louis, Ill., Kellen Winslow redefined the tight end position at the collegiate and professional levels during his playing career. At MU, he caught 71 passes for 1,089 yards and 10 TD’s from 1976-78, earning All-Big Eight honors in 1977 and `78, and consensus all-America status as a senior. He went on to play in the East-West Shrine and Senior Bowls before being a first-round pick by the San Diego Chargers in the NFL draft. At San Diego, he caught more passes than any tight end in league history from 1979-88. He was inducted into the Pro Football Hall of Fame in 1995.