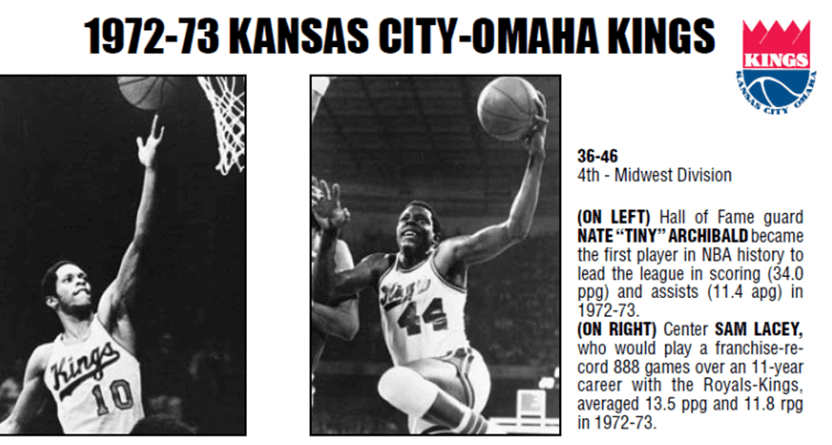 One of possible targets for relocation of the Cincinnati Royals was San Diego, which had lost the Rockets to Houston in 1971. However, it was decided to move the team to Kansas City, while also playing some of the home games in Omaha and St. Louis. This was not a new business plan for the team, as some of their Cincinnati home dates were played in Cleveland, Columbus and Dayton. St. Louis fell out of the equation somewhere along the line, but Omaha stayed a second home for the team for several years.