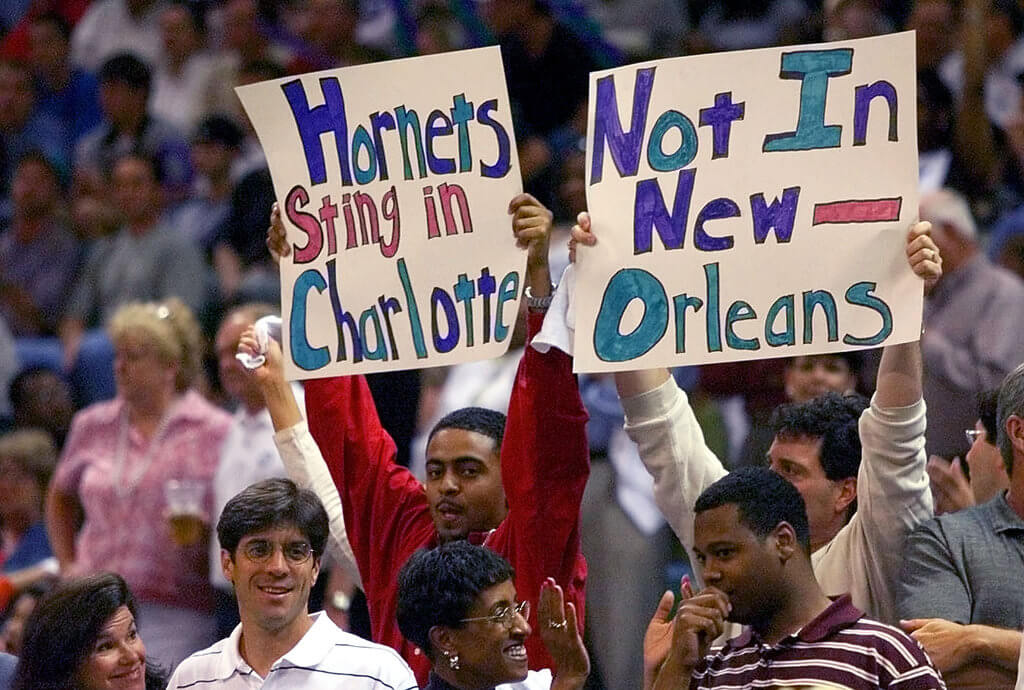 The Hornets popularity with the city of Charlotte began to wane during the late 1990s and early 2000s. Many attributed this lapse in popularity to the team’s owner, George Shinn, who was slowly becoming despised by the people of the city. In 1997, a Charlotte woman claimed that Shinn had raped her, and the resulting trial severely tarnished his reputation in the city. The consensus was that while Charlotte was as basketball-crazy as ever, fans took out their anger at Shinn on the team. Shinn had also become discontented with the Charlotte Coliseum, which, although considered state-of-the-art when it opened in 1988, had by then been considered obsolete due to a limited number of luxury boxes. On March 26, 2001, both the Hornets and the Vancouver Grizzlies applied for relocation to Memphis, Tennessee, which was ultimately won by the Grizzlies. Shinn issued an ultimatum: unless the city built a new arena at no cost to him, the Hornets would leave town. The city initially refused, leading Shinn to consider moving the team to either Norfolk, Louisville, or St. Louis. Of the cities in the running, only St. Louis was a larger media market than Charlotte at the time; also, it was the only one of the four to have previously had an NBA franchise — the St. Louis Hawks, who moved to Atlanta in 1968.