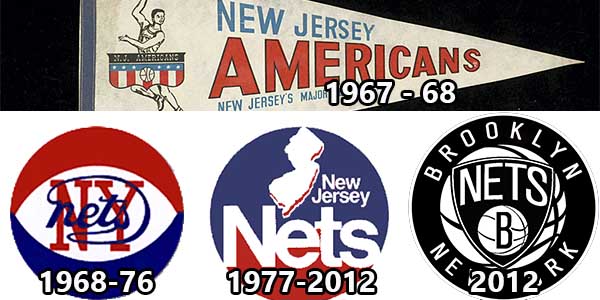 After a planned move to Newark, New Jersey fell through the team opted to stay at the Long Island Arena for the second year, and changed its name to the New York Nets. The name “Nets” was used because it rhymes with the names of two other professional sports teams that played in the New York metropolitan area at the time: Major League Baseball’s New York Mets and the American Football League’s New York Jets, and because it relates to basketball in general, as it is part of the basket.