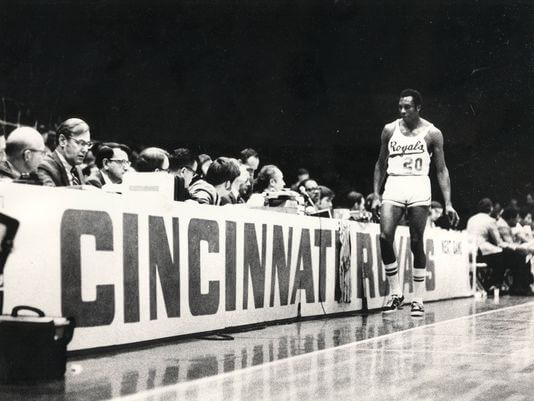 In April 1957, the Harrison brothers moved the Royals to Cincinnati. This move followed a well-received regular season game played at Cincinnati Gardens on February 1, 1957. The change of venue had been said to have been suggested by Jack Twyman and Dave Piontek, who were two of several roster players on the new Royals from that region. Cincinnati, which had a strong college basketball fan base and no NFL franchise to compete with, was deemed the best choice for the Harrisons. The Royals name continued to fit in Cincinnati, often known as the “Queen City”.