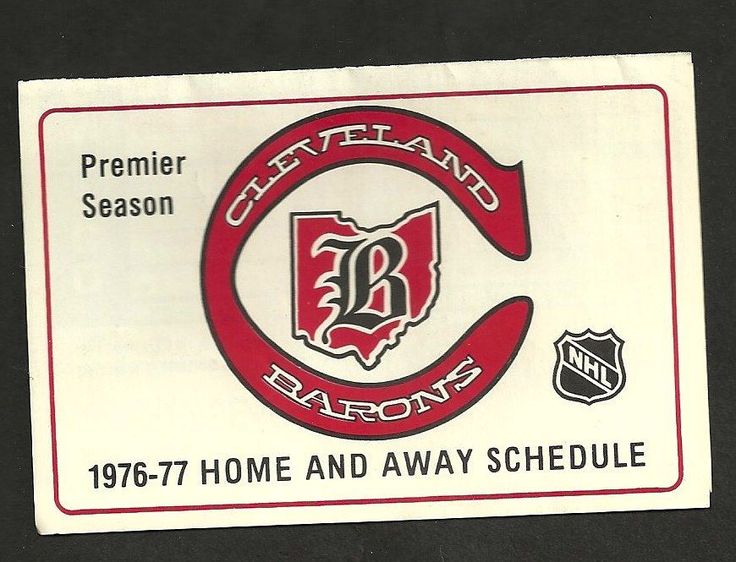 After new arena plans in San Francisco were canceled, the NHL dropped its objection to a relocation of the troubled California Golden Seals franchise from Oakland. Minority owner George Gund III persuaded majority owner Melvin Swig to move the team to his hometown of Cleveland for the 1976 – 1977 season. The team was named “Barons” after the successful team, in the American Hockey League (AHL), that played in the city from 1929 to 1973. The AHL Barons’ owner, Nick Mileti, moved that team to Florida in favor of his Cleveland Crusaders team in the brand new World Hockey Association (WHA).

Cleveland had been mentioned as a possible NHL city as early as the 1930s when the then-struggling Montreal Canadiens considered moving there. It had also been turned down for an NHL expansion team on three previous occasions in the 1950s and 1960s.

The Barons played in the suburban Richfield Coliseum in Richfield, Ohio, an arena originally built for the WHA’s Crusaders (who left to become the Minnesota Fighting Saints for the 1976 – 1977 WHA season on the Barons’ arrival) and the NBA’s Cleveland Cavaliers. The Richfield Coliseum had the then-largest seating capacity in the NHL, at 18,544.