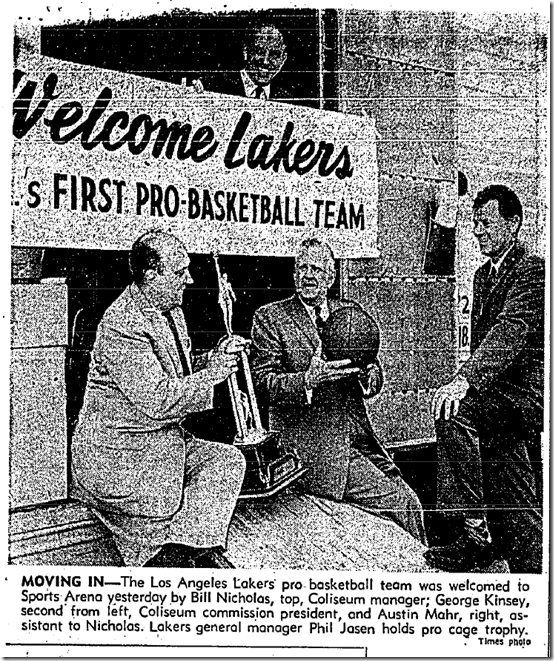 In 1958, the Brooklyn Dodgers of Major League Baseball moved to Los Angeles and quickly became a huge financial success. Short did not fail to notice this. After considering moves to Chicago and San Francisco, he decided to move the franchise to Los Angeles prior to the 1961 season, making the Lakers the NBA’s first West Coast team. The Lakers did not change their name after this second move, despite the general scarcity of natural lakes in southern California. Minneapolis, meanwhile, would remain without an NBA franchise until the debut of the Minnesota Timberwolves in 1989.

Besides the relocation to Los Angeles, a second big change to the team was the addition of point guard Jerry West. A third was the hiring of West’s college coach Fred Schaus to helm the team, and a fourth was the post-season addition of Francis Dayle “Chick” Hearn as the Lakers’ play-by-play announcer. Hearn would go on to hold that post for the next 41 years.