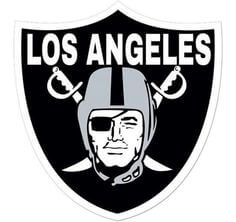 Prior to the 1980 season, Al Davis attempted unsuccessfully to have improvements made to the Oakland Coliseum, specifically the addition of luxury boxes. That year, he signed a Memorandum of Agreement to move the Raiders from Oakland to Los Angeles. The move, which required three-fourths approval by league owners, was defeated 22-0 with five owners abstaining. When Davis tried to move the team anyway, he was blocked by an injunction. In response, the Raiders not only became an active partner in an antitrust lawsuit filed by the Los Angeles Memorial Coliseum who had recently lost the Los Angeles Rams but filed an antitrust lawsuit of their own. After the first case was declared a mistrial, in May 1982 a second jury found in favor of Davis and the Los Angeles Coliseum, clearing the way for the move. With the ruling, the Raiders finally relocated to Los Angeles for the 1982 season to play their home games at the Los Angeles Coliseum.