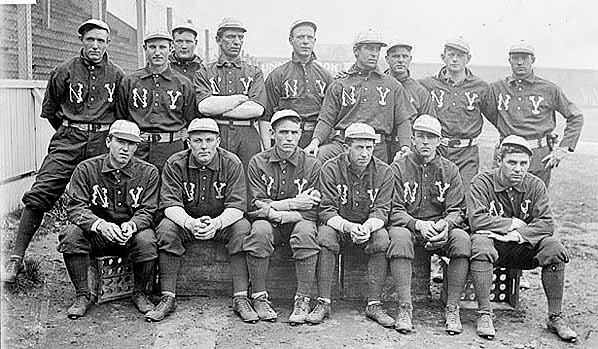 The team’s new ballpark, Hilltop Park (formally known as “American League Park”), was constructed in northern Manhattan at one of the island’s highest points between 165th and 168th Streets, just a few blocks away from the much larger Polo Grounds. The team came to be known as the New York Highlanders for two reasons: it was a reference to the team’s elevated location and to the noted British military unit The Gordon Highlanders, which coincided with the team’s president, Joseph Gordon. As was common with all members of the American League, the team was called the New York Americans. New York Press Sports Editor Jim Price coined the unofficial nickname Yankees (or “Yanks”) for the club as early as 1904, because it was easier to fit in headlines.