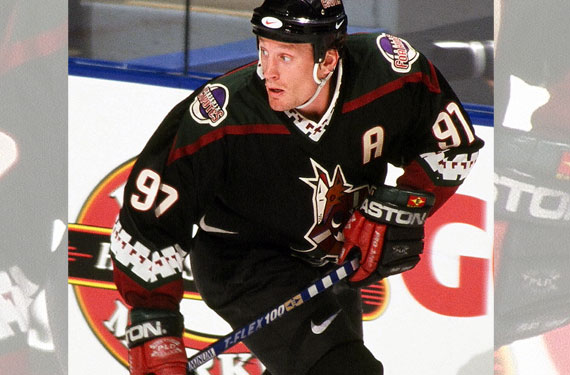 Various schemes were devised to save the team. Attempts to find a local buyer were unsuccessful, with league commissioner Gary Bettman saying, “there doesn’t seem to be anybody, in a serious fashion, who wants to own the franchise.” After a final last effort by a team of local businessmen, dubbed the Spirit of Manitoba, fell through, team owner Barry Shenkarow sold the team to American businessmen Steven Gluckstern and Richard Burke. Burke and Gluckstern originally planned to move the team to Minnesota which had lost the North Stars to Dallas in 1993, but eventually reached an agreement with Phoenix businessman Jerry Colangelo that would see the team move to Arizona and become the Phoenix Coyotes. The Winnipeg Jets played their last-ever game on April 28, 1996, a home playoff loss to the Detroit Red Wings by a score of 4–1. Norm Maciver scored the last goal in Jets history.