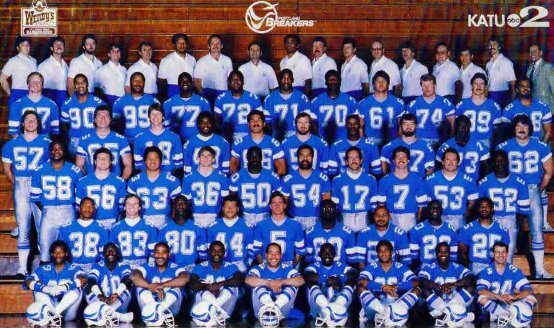 Searching for a home, Canizaro considered moving to Sacramento and Columbus and even weighed merging with the Birmingham Stallions. However, he was particularly intrigued when he visited Portland. It was a fairly large market with a reasonably adequate facility by USFL standards in 32,000 seat Civic Stadium (the stadium capacity has since been reduced). The move to Portland was announced on November 13, 1984. It marked a return home of sorts for Coury, who had led the World Football League’s Portland Storm in 1974. Initially, Portland seemed to welcome the Breakers with open arms. The Breakers sold out 6,000 of its highest-priced tickets within 12 hours.