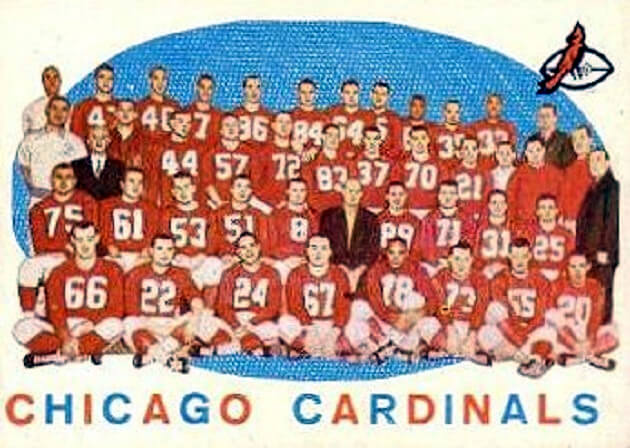 With the team almost bankrupt, the Bidwill’s were anxious to move the Cardinals to another city. However, the NFL demanded a hefty relocation fee which the Bidwills were unwilling and/or unable to pay. Needing cash, the Bidwill’s entertained offers from various out-of-town investors, including Lamar Hunt, Bud Adams, Bob Howsam, and Max Winter. However, these negotiations came to nothing, probably because the Bidwill’s wanted to maintain control of the Cardinals and were only willing to sell a minority stake in the team.

Having failed in their separate efforts to buy the Cardinals, Hunt, Adams, Howsam, and Winter joined forces to form the American Football League. Suddenly faced with a serious rival, the NFL quickly came to terms with the Bidwill’s, engineering a deal that sent the Cardinals to St. Louis, Missouri beginning with the 1960 season in a move which also blocked St. Louis as a potential market for the new AFL, which began play the same year.