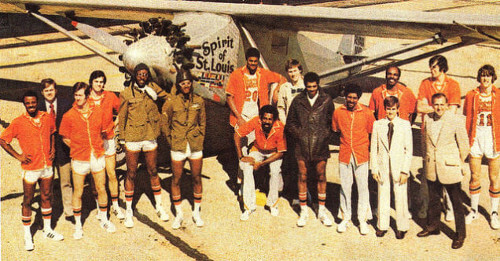 The Spirits (who took their name from the Atlantic Ocean-crossing plane flown by Charles Lindbergh) were the third incarnation of a franchise that began as the Houston Mavericks and later the Carolina Cougars. However, only a few players from the 1973–74 Cougars followed the team to St. Louis, so the Spirits were essentially an expansion team.