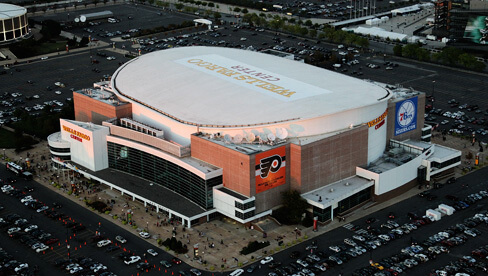 It was also during the season that the Sixers played one home game at their old home, the Wachovia Spectrum. The Sixers won 104–101 over the Chicago Bulls on March 13, 2009. The game was played to provide the final curtain call on the Spectrum, which was scheduled to be imploded on New Year’s Eve 2009. The Wells Fargo Center officially seats 20,318 for NBA.