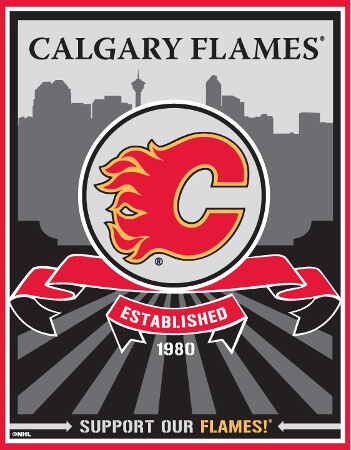 Cousins announced that he was seeking to sell the club following the Flames’ exit from the playoffs. He claimed to have suffered significant financial losses on the team while low viewership hampered his ability to sign a television contract for the team. The team, estimated to have lost $12 million in its eight years, had been rumored for months to be moving to Calgary, though Dallas and Houston were also mentioned as possible destinations. The Seaman brothers, Daryl and Byron, had made an offer of $14 million while the City of Calgary prepared to build a new arena for the team. However, Canadian businessman Nelson Skalbania emerged as a rival bidder for the team before joining the Calgary consortium. The group agreed to purchase the Flames for $16 million, at the time the highest price ever paid for a National Hockey League team. The sale was announced on May 21, 1980, and the franchise became the Calgary Flames.