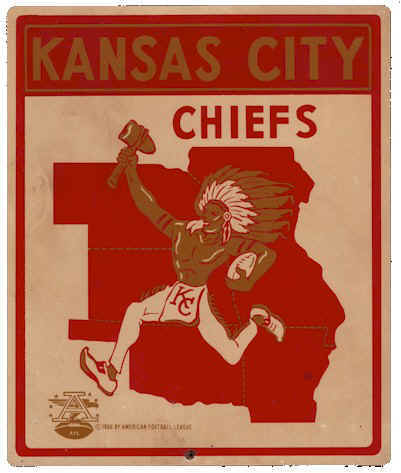 Hunt agreed to relocate the franchise to Kansas City on May 22, 1963, and on May 26 the team was renamed the Kansas City Chiefs. Hunt and head coach Hank Stram initially planned on retaining the Texans name, but a fan contest determined the new “Chiefs” name in honor of Mayor Bartle’s nickname that he acquired in his professional role as Scout Executive of St. Joseph and Kansas City Boy Scout Councils and founder of the Scouting Society, the Tribe of Mic-O-Say. A total of 4,866 entries were received with 1,020 different names being suggested, including a total of 42 entrants who selected “Chiefs.” The two names that received the most popular votes were “Mules” and “Royals.”