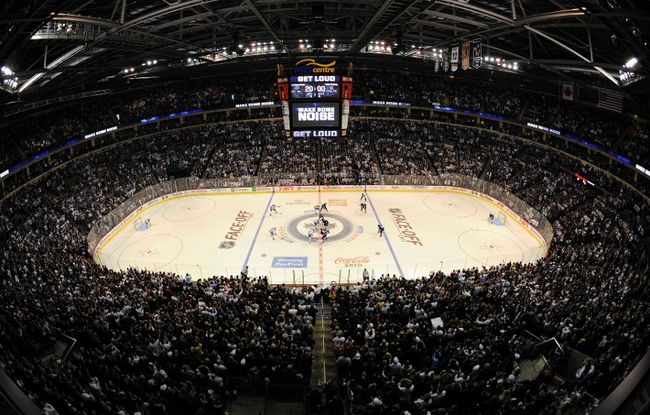 The MTS Centre is an indoor sports arena and entertainment venue located at 300 Portage Avenue in downtown Winnipeg, Manitoba, Canada. The arena is the home of the Winnipeg Jets of the National Hockey League and previously served as the home of the American Hockey League’s Manitoba Moose (now the St. John’s IceCaps) from 2004 to 2011. Beginning in the fall of 2015, it will serve as the home of that same franchise again, as the Jets have announced they are relocating it to Winnipeg again.