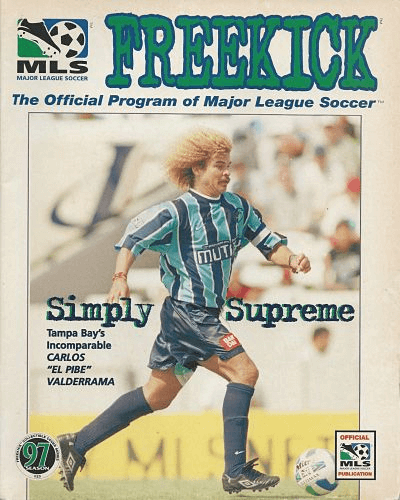 In 1994, newly established Major League Soccer announced it would place one of its charter franchises in the Tampa Bay Area. The region was seen as a potentially fertile market for soccer due to the success of the Tampa Bay Rowdies in the old North American Soccer League in the 1970s and 1980s. The Mutiny took the field in 1996 when the MLS began to play.

The Mutiny were owned and operated by MLS along with two other teams, the Dallas Burn and the San Jose Clash, with the league hoping eventually sell the franchises to private local owners. The team managed strong signings in 1995, including Carlos Valderrama, Roy Lassiter, and Martín Vásquez. They were successful in their first two years, particularly in 1996, when they won the first Supporters’ Shield with the best regular-season finish behind Most Valuable Player Carlos Valderrama and Golden Boot winner Roy Lassiter.