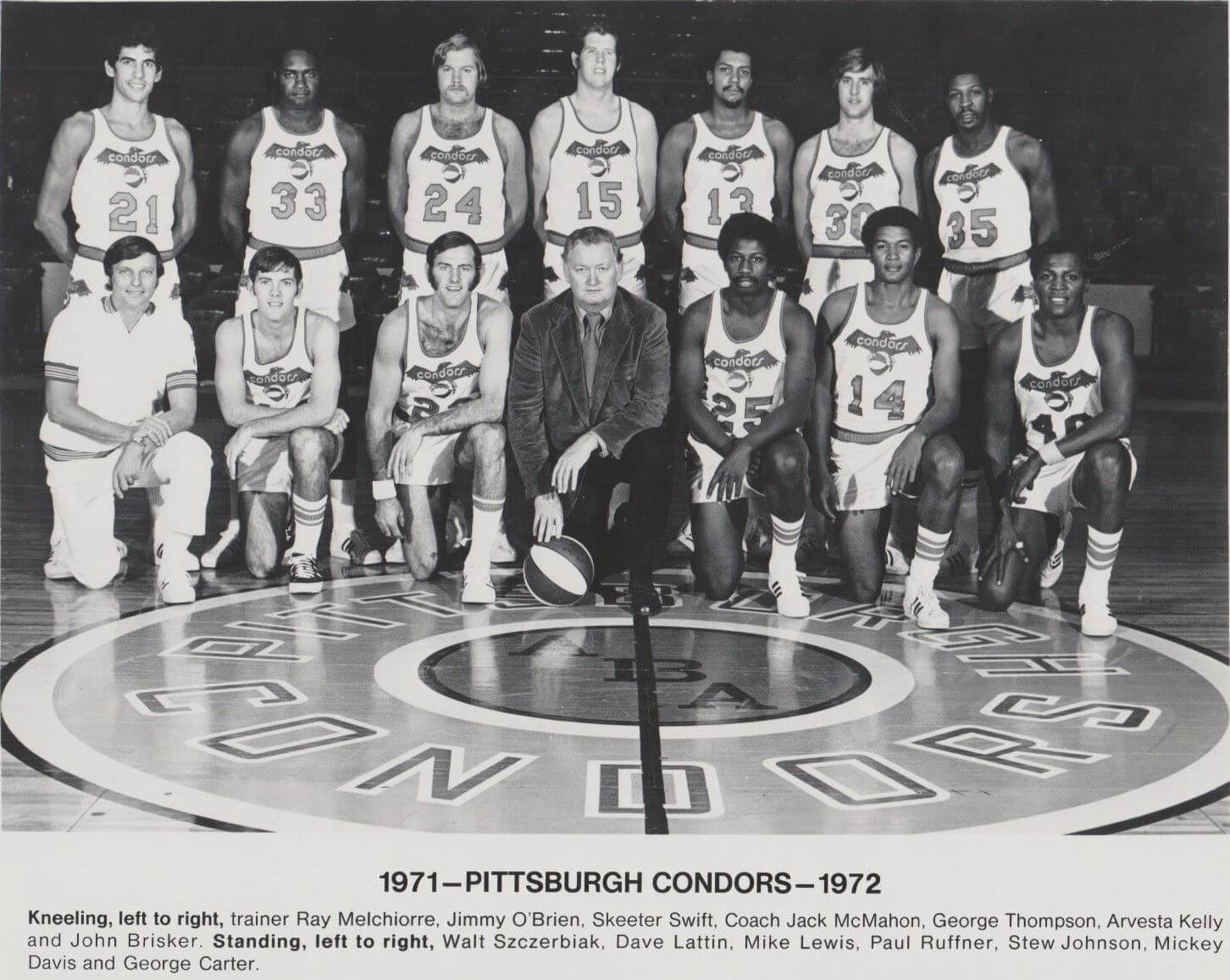 Jack McMahon took over as coach. John Brisker and Mike Lewis played in the 1971 ABA All-Star Game, but the Condors could only manage a 36-48 record, fifth place in the Eastern Division, and out of the playoffs (one game behind The Floridians). While the Condors had a potent offense (5th in the 11-team ABA with 119.1 points per game), they were often undone by their defense (8th in the league (essentially 4th worst), allowing 121.8 ppg). Attendance remained poor, with an announced average of 2,806, though some observers close to the team thought the actual average was less than half that. After a slow (4-8) start, general manager Marty Blake decided (in an infamous ABA stunt) to give away every available seat for an early-season game against Florida on November 17. The game attracted the biggest crowd that the team would ever draw under the Condors name; however, it was still only 8,074 (in a 12,300-seat arena), and 3,000 season ticket holders didn’t even bother to attend the contest, which Pittsburgh lost, 122-116. Ownership was not amused, and Blake was fired soon after.