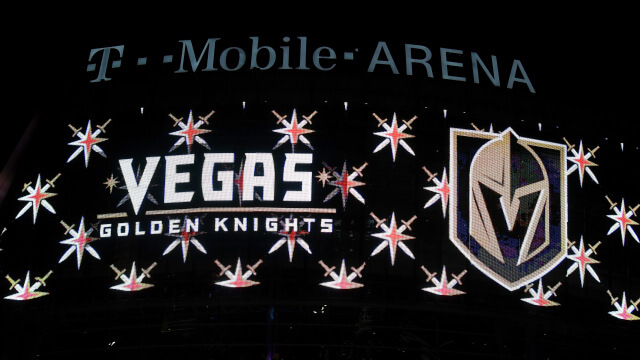 Foley’s original preferred name for the proposed team was the “Las Vegas Black Knights”—in tribute to the Army Black Knights, his alma mater. When he hired McPhee, Foley stated that he was working with the league to determine a suitable brand for the team, but that “it may not be until September that we have our name and logo. But when we do, that’s when we’ll have our big public celebration. We want to sell a lot of jerseys that day.” He also admitted that his preferred name of “Black Knights” was unlikely due to various legal issues with trademarks, copyrights, and domain names. For instance, even if West Point officials gave their blessing to use the nickname, the federal government would have had the final say. He registered a number of trademarks for potential names, some based on “Knights” and others based on “Hawks” (the latter unlikely as it would likely clash with the Chicago Blackhawks), admitting some of the trademarks were deliberate decoys.

On October 4, 2016, Foley announced that the team would be known as the Desert Knights, Silver Knights, or Golden Knights. He told Yahoo! Sports that his group already had “clearance on those names”, and made their final decision in late August.

On November 22, 2016, the name was revealed as the Vegas Golden Knights, excluding ‘Las’ from the name. The team’s logo (as well as its secondary logo and wordmark) was also revealed, incorporating a black V to represent Vegas.