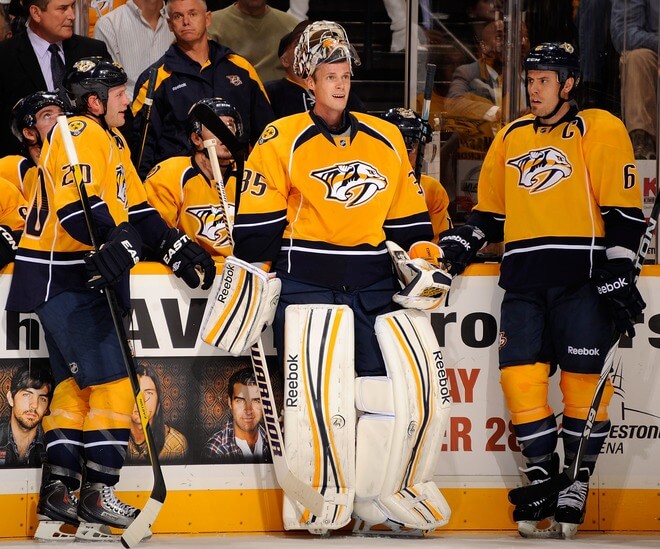 In January 1997, a group led by Wisconsin businessman Craig Leipold made a formal presentation before the NHL requesting an expansion franchise. When Bettman and league officials visited Nashville to tour the arena, thousands gathered on the Arena plaza to greet them. In June, the league granted conditional franchises to Nashville, Columbus, Ohio, Atlanta, and Minneapolis, Saint Paul. The Nashville team would be scheduled to begin to play in 1998 if they met the NHL requirement of selling 12,000 season tickets before March 31, 1998.