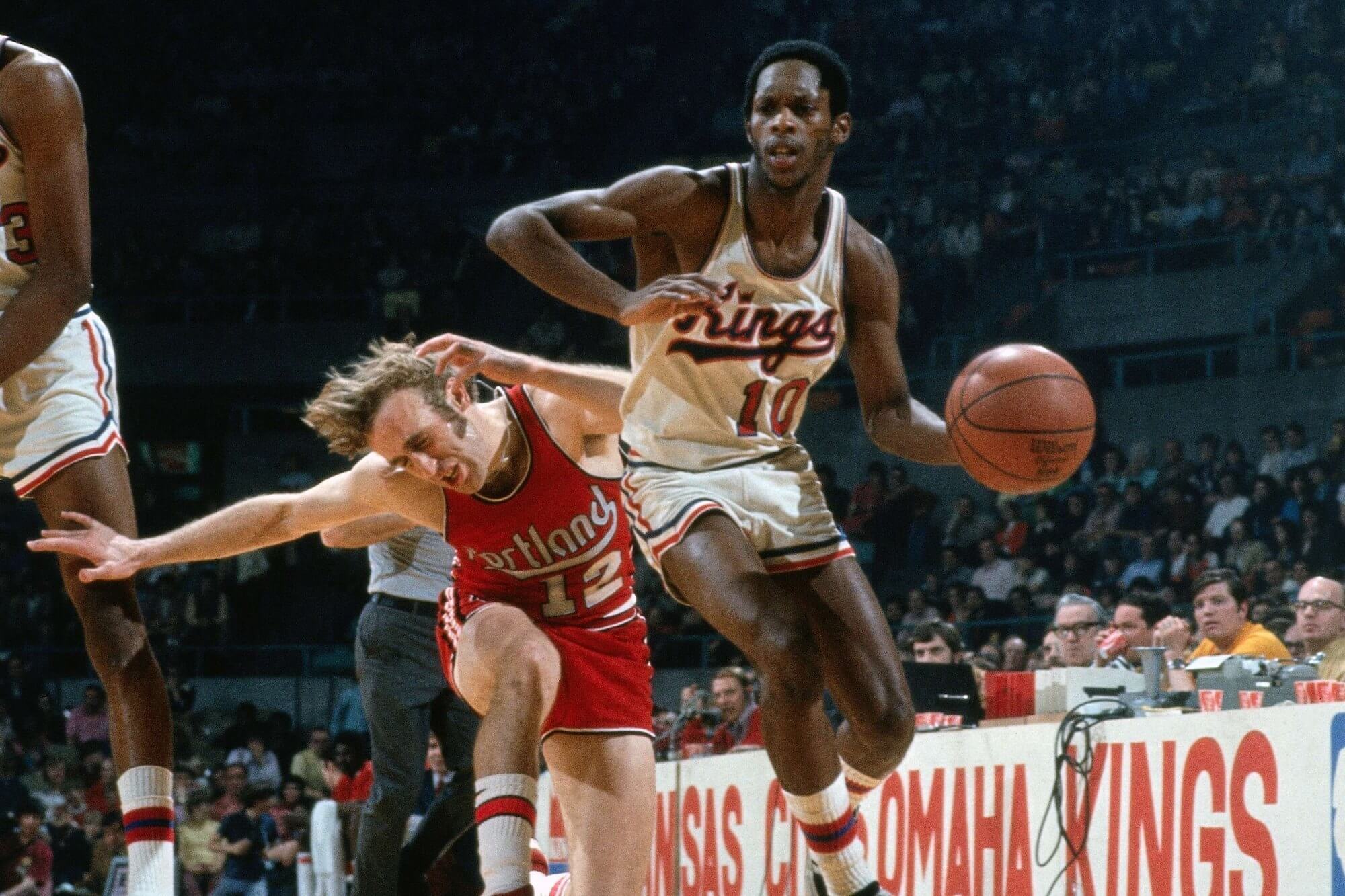 Nate Archibald was selected in the second round of the 1970 NBA draft (19th pick) by the Cincinnati Royals. He was also drafted by the Texas Chaparrals of the American Basketball Association.

The team netted a new superstar in Nate Archibald, who led the league in scoring and assists in the 1972 – 1973 season. The Kings later played several home games in St. Louis during the early 1980s to large crowds.

In 1972 – 1973 season, Archibald led the NBA in scoring and assists, becoming the only player to win the titles in both categories in the same season. (In the 1967 – 1968 season, Oscar Robertson led the NBA in points and assists per game but did not win the titles because they were based on totals rather than averages at the time.) His scoring average of 34.0 points per game broke the NBA record for a guard. His 910 assists that season (11.4 assists per game) was also an NBA record at the time, breaking Guy Rodgers’ mark of 908. He was named the Sporting News NBA MVP that season.