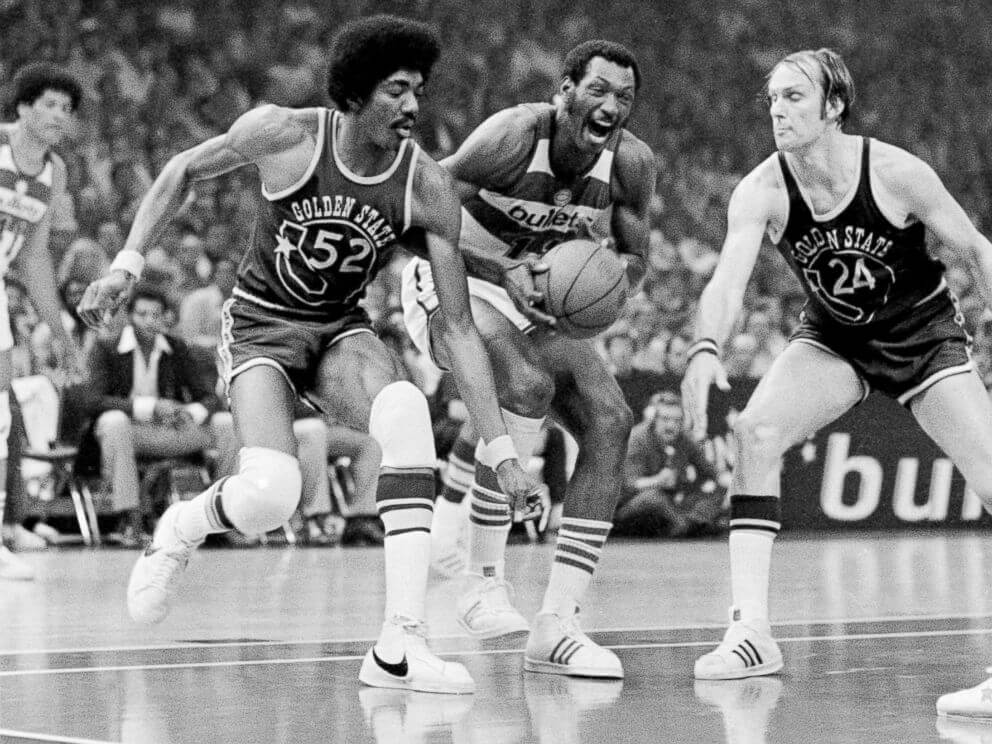 The 1975 NBA World Championship Series was the championship round of the 1974 – 1975 NBA season of the National Basketball Association. The Golden State Warriors (48-34) of the Western Conference played against the Washington Bullets (60-22) of the Eastern Conference. The series was played under a best-of-seven format.

The Warriors’ home games were played at the Cow Palace in Daly City (near San Francisco) due to scheduling conflicts at their normal home court of Oakland Arena during the week of May 19–26. In addition, an odd scheduling format had to be used because Golden State could not secure the Cow Palace for Memorial Day Weekend (May 24–26). A Sports Illustrated article about the series reported that Washington, which held the home-court advantage, was given the option of a 1-2-2-1-1 scheduling format due to Golden State’s problems or, if they wished, opening on the road and then having Games 2, 3, and 4 at home. Washington opted for the 1-2-2-1-1 format not out of a sense of fairness, but because they wanted to open the series at home.

The series is notable as it was the first championship game or series in any of the four North American major professional sports leagues to feature two African American head coaches or managers, as Al Attles coached the Warriors and K. C. Jones coached the Bullets. On a lesser note, it was the first time that the NBA ever scheduled a game to be played in the month of June (Game 7 was scheduled for Monday Night, June 2). The first June game ever, however, would have to wait until the following year.