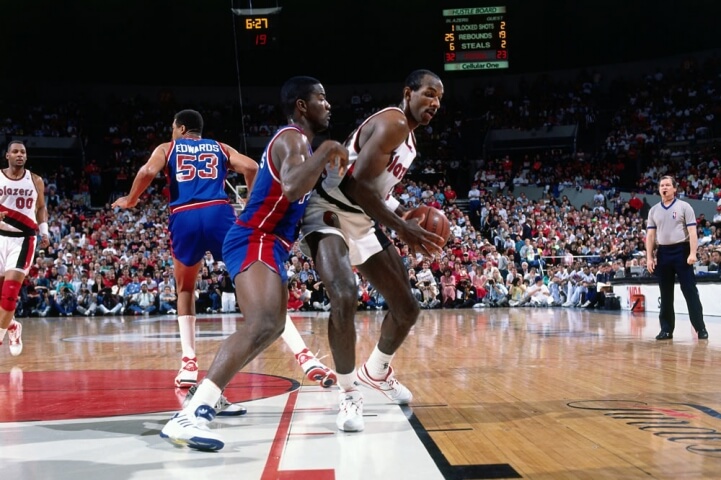 NBA Finals – 1990
The 1990 NBA Finals was the championship round of the 1989 – 1990 NBA season. The series pitted the Detroit Pistons (the previous year’s champions) against the Portland Trail Blazers. This was the first NBA Finals since 1979 not to involve either the Lakers or the Celtics. The Pistons became just the third franchise in NBA history to win back-to-back championships, joining the Los Angeles Lakers and Boston Celtics.