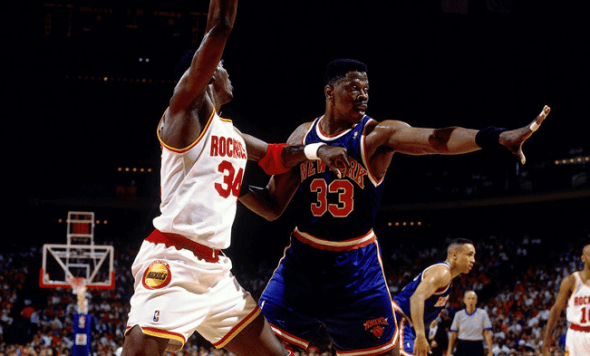 NBA Finals – 1994
The 1994 NBA Finals was the championship round of the 1993 – 1994 National Basketball Association season, featuring the Western Conference’s Houston Rockets defeating the Eastern Conference’s New York Knicks. This matchup was Hakeem Olajuwon’s second NBA Finals series appearance, his other being in 1986, where Larry Bird and the Boston Celtics defeated the Houston Rockets four games to two. The series was Patrick Ewing’s first NBA Finals appearance. The Rockets came in with strong determination to win not only the franchise’s first NBA championship but the city’s first championship in a league that still existed, all, while the Knicks were looking to add a third NBA championship trophy, as the Knicks’ last trophy, came from the 1973 NBA Finals. The Knicks also hoped to impress their new owners Viacom, who had just bought Paramount Communications (formerly Gulf+Western), their longtime owners (after the series, however, Viacom sold the Knicks and the rest of the Madison Square Garden properties). The Rockets beat the Knicks in Game 7, 90–84, enabling the city of Houston to not only celebrate its first NBA Championship.