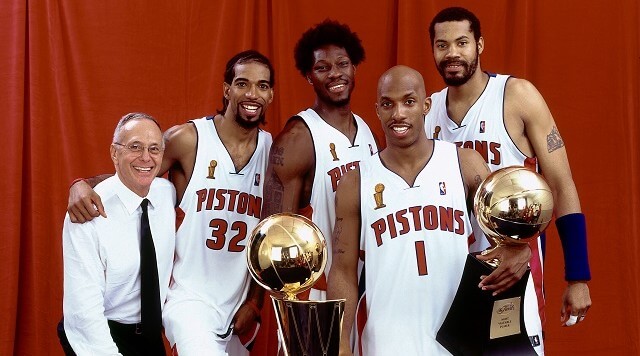 NBA Finals – 2004
The 2004 NBA Finals was the championship round of the 2003 – 2004 National Basketball Association season. The Finals were between the Los Angeles Lakers of the Western Conference and the Detroit Pistons of the Eastern Conference; the Lakers held the home-court advantage. The series was played under a best-of-seven format, so the first team to collect four game victories would win the series.