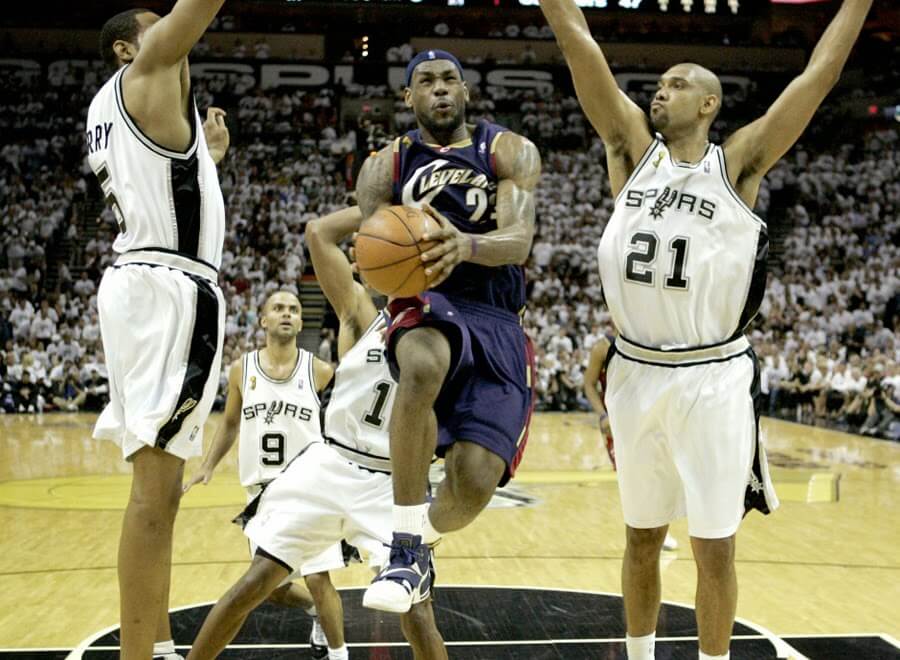 NBA Finals – 2007
The 2007 NBA Finals was the championship series of the 2006 – 2007 National Basketball Association season, and was the conclusion of the 2007 NBA Playoffs. The best-of-seven series was played between the Western Conference champion San Antonio Spurs and the Eastern Conference champion Cleveland Cavaliers. This was Cleveland’s first trip to the NBA Finals in their franchise history and San Antonio’s fourth. The Spurs swept the Cavaliers 4-0. Tony Parker was named the series’ MVP. The series was televised on ABC under the ESPN on ABC branding, and produced low television ratings.