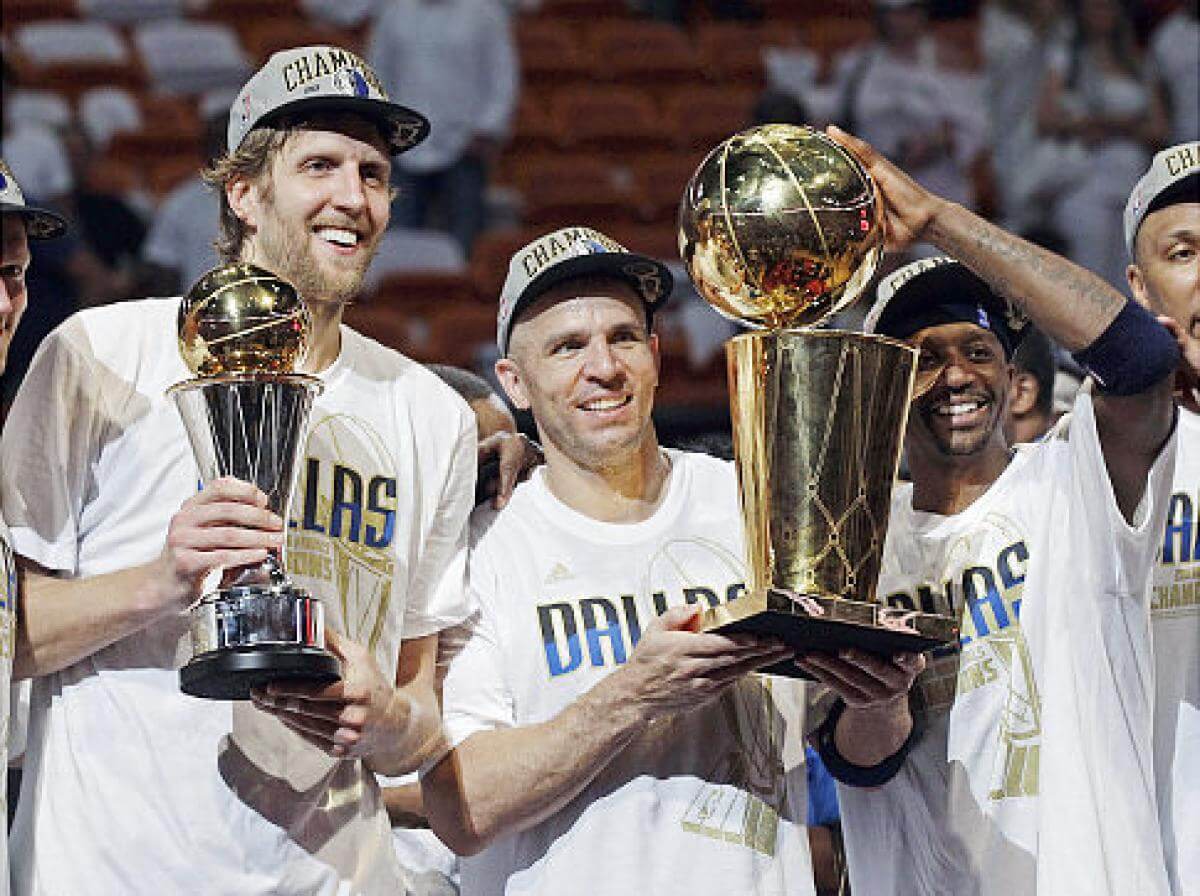 NBA Finals
The Mavs entered the 2010 – 2011 NBA Finals as underdogs, due to Miami’s “Big Three” coming together during the course of the 2010 – 2011 NBA Playoffs. Mavericks captured their first-ever NBA title with a 105 – 95 victory, completely reversing what had happened in the 2006 NBA Finals. Nowitzki scored 21, including 18 in the second half, and Terry provided 27 points off the Dallas bench. Nowitzki was so emotional after the game that he headed to the locker room before the game had concluded, and had to be coaxed back onto the floor for the NBA Championship trophy presentation.