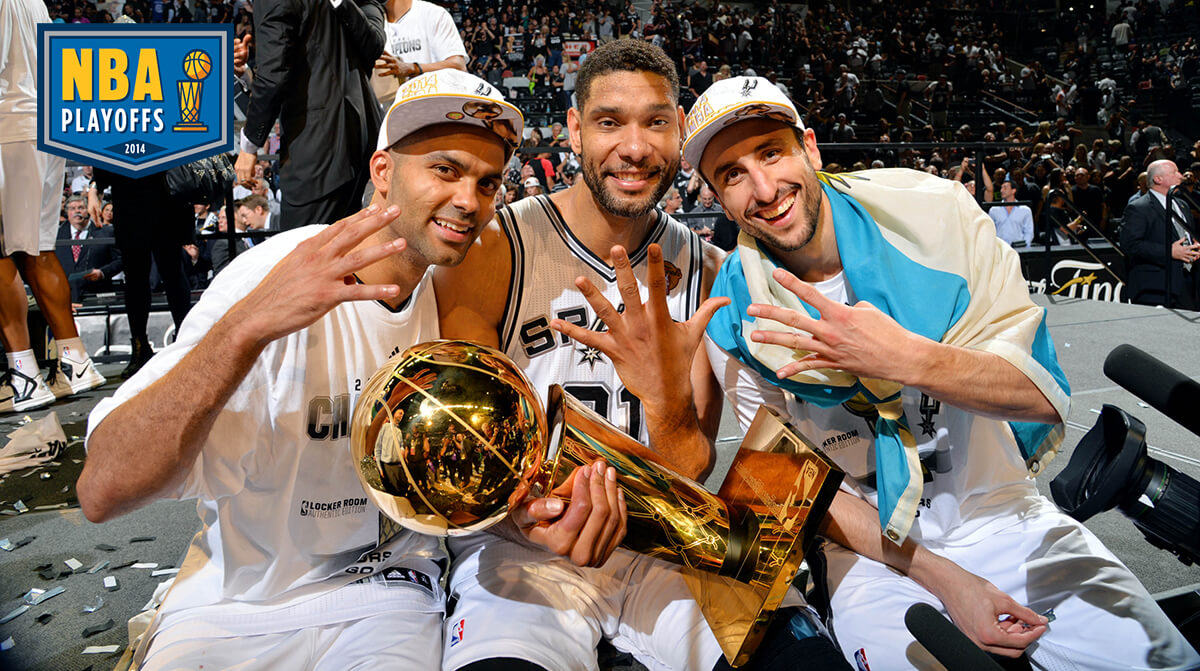 NBA Finals – 2014
The 2014 NBA Finals was the championship series of the 2013 – 2014 season of the National Basketball Association (NBA) and the conclusion of the season’s playoffs. The Western Conference champion San Antonio Spurs defeated the Eastern Conference champion Miami Heat in five games (4–1) for the Spurs’ fifth NBA championship in the franchise’s history. The Spurs outscored the Heat in the series by the largest average point differential (14.0) in Finals history. San Antonio’s Kawhi Leonard was named the Finals Most Valuable Player (MVP) and became the third-youngest recipient of the award.