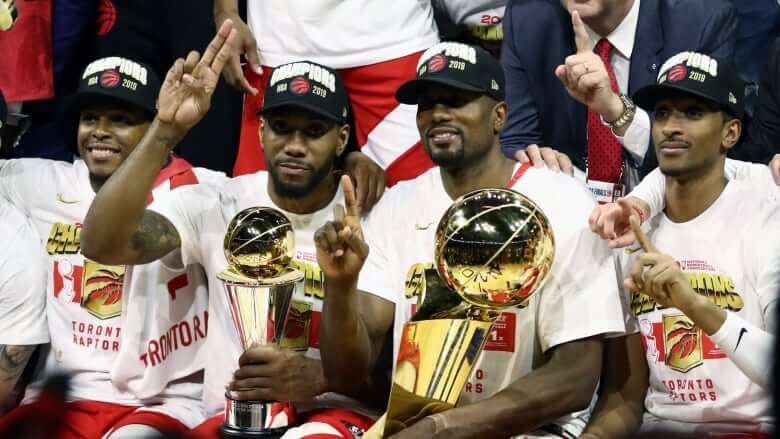 The 2019 NBA Finals was the championship series of the National Basketball Association (NBA)’s 2018 – 2019 season and conclusion of the season’s playoffs. In the best-of-seven playoff held from May 30 through June 13, 2019, the Eastern Conference champion Toronto Raptors defeated the Western Conference champion Golden State Warriors, four games to two, for the franchise’s first NBA championship. The Raptors’ Kawhi Leonard was named the NBA Finals Most Valuable Player (MVP).

This was the first-ever appearance in the NBA Finals for Toronto, and the league’s first finals with games played outside of the United States. The home-court advantage was awarded to Toronto, who finished the regular season with one more win (58–24) than Golden State (57–25). This was the first time in five consecutive NBA Finals appearances that the then-two-time defending NBA-champion Warriors did not have a home-court advantage. Also for the first time over those five postseasons, the Warriors were not facing the Cleveland Cavaliers in the championship round. This was the first finals since 2010 not to include LeBron James, who played in the past eight finals with Cleveland and the Miami Heat.