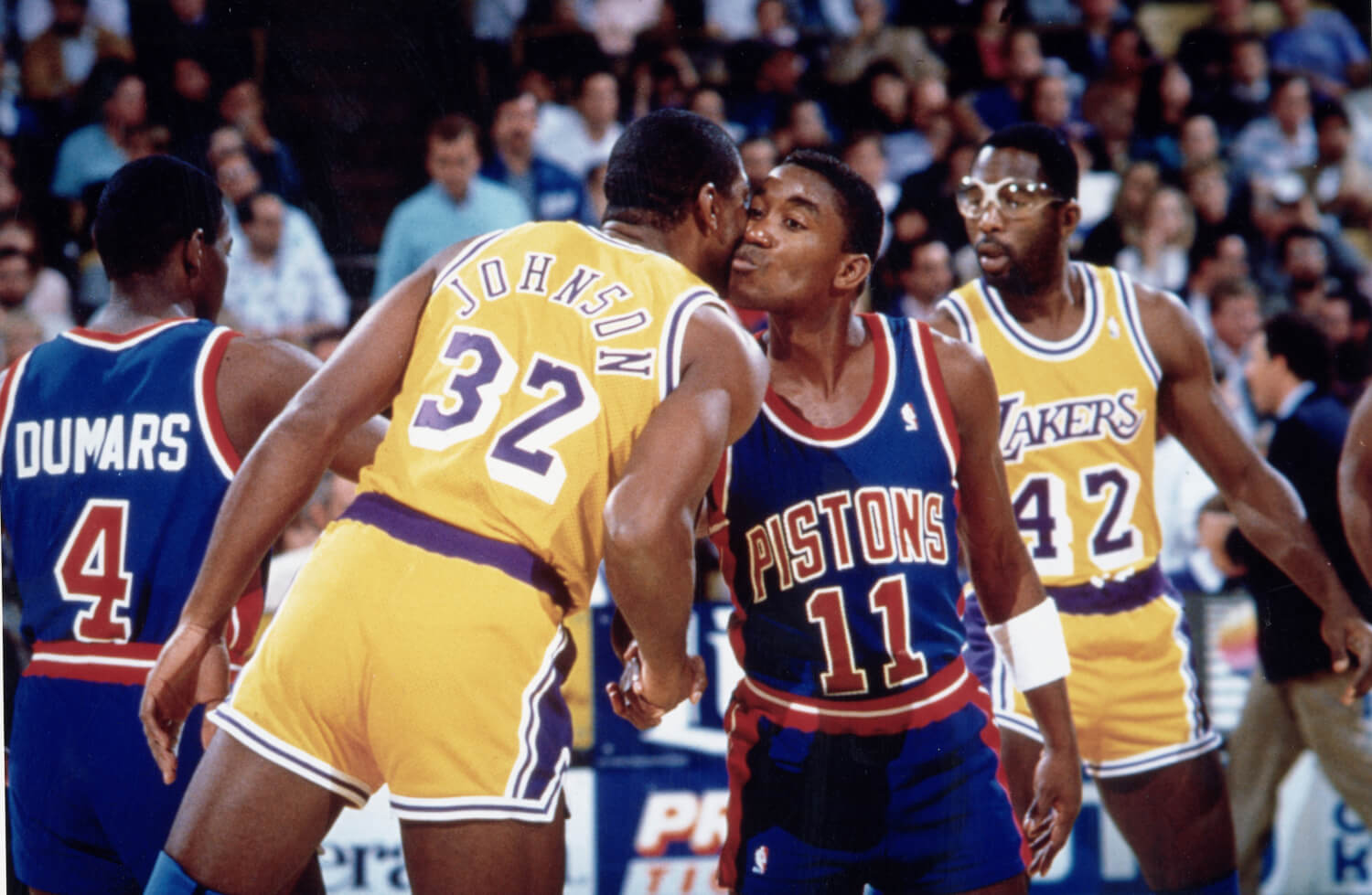 NBA Finals – 1985
The 1985 NBA World Championship Series was the championship round of the 1984 – 1985 NBA season. The Los Angeles Lakers defeated the Celtics four games to two to defeat the Celtics for the first time in Laker history in the NBA Finals.

NBA Finals – 1987
The 1987 NBA Finals was the championship round of the 1986 – 1987 NBA season. The match took place between the Los Angeles Lakers and the Boston Celtics. The Lakers won 4–2, beating the Celtics in the Finals. The key moment of the series was Magic Johnson’s junior skyhook in Game 4. This was the tenth time that the Celtics and Lakers met in the NBA Finals and would also mark the Celtics’ last appearance overall until the two teams met again in 2008.

NBA Finals – 1988
The 1988 NBA Playoffs was the postseason tournament of the National Basketball Association’s 1987 – 1988 season. The tournament concluded with the Western Conference champion Los Angeles Lakers defeating the Eastern Conference champion Detroit Pistons 4 games to 3 in the NBA Finals. James Worthy was named NBA Finals MVP. The Lakers became the first team since the Boston Celtics in 1969 to repeat as champions, a feat that coach Pat Riley guaranteed the previous offseason.